You are at:Home»Uncategorized»A Quick Look at Local Media Coverage of the Lee Saga

A Quick Look at Local Media Coverage of the Lee Saga

It all began with a late night Facebook post by Lee Wei Ling and Lee Hsien Yang, siblings of the Singapore Prime Minister, Lee Hsien Loong.

For the past week, our social media news feeds have been caught in the crossfire of allegations and accusations from the Lee siblings.The reason for the altercation would appear to be the fate of the estate at 38 Oxley Road left behind by the founding father of the little red dot, Lee Kuan Yew.

Why is this case interesting? Media channels in Singapore are under the strict purview of the Info-Communications Media Development Authority where journalistic censorship, defamation suits and sedition charges are far from uncommon.

In a country where press freedom ranks 151 out of 180 countries [1], it is interesting to see how the local media chose to cover the hot issue of prominent siblings take to public their squabbles. We have taken examples of reports from two local mainstream and two popular alternative news sources to help identify the commonalities and discrepancies in their approaches to reporting.

The Straits Time or as we often refer it to as, ST is the English flagship daily of Singapore Press Holdings, a leading media organisation in Singapore has been said to have close ties with the government.

When it comes to reporting on the Lee family saga, the news with headlines such as
“PM Lee Hsien Loong ‘saddened’ by statement from siblings Lee Wei Ling and Lee Hsien Yang” and “Lee Kuan Yew’s will is final and binding, says Lee Hsien Yang”  are accurate collation of information that publicly available on social media. However, ST has shown that it can be unbiased when it reached out to Lee Hsien Yang for his side of the story on the issue in “Lee Hsien Yang says he feels compelled to leave Singapore“.

In terms of speed of reporting on the Lee saga, ST was ranked the second last in our list. While it may not be the one to give its reader’s the first dips or the juiciest stories, deep insights and interpretations of the events, it has so far succeeded in reporting straight facts and statements as they are. 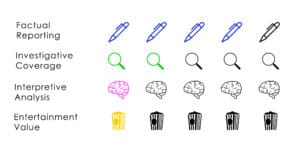