You are at:Home»Insights»DIY»Not Travelling? Turn Tropical Singapore into a Winter Wonderland This Christmas

Not Travelling? Turn Tropical Singapore into a Winter Wonderland This Christmas

Winter is here. Some people may be travelling and taking wonderful pictures to share on their social media. For those who are not, don’t despair. You don’t have to travel (far) to up your Instagram game this season.

Here we have transformed some of the obscure and lesser-known spots in tropical Singapore into a winter wonderland (of course, with a bit of help from photoshop). Can you guess where these places are? Read below for clues.

Allure of the Wintery Far East 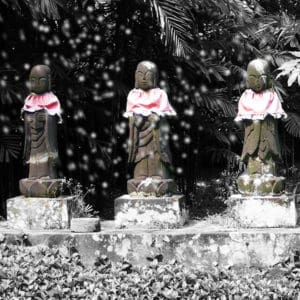 Unbeknown to even the locals, there is a hidden Instagram gem in the northeast part of Singapore. Yes, you read us: There is absolutely no need for expensive flights or risky stunts and if you happen to live near these places, no need to pay for ERP too! This place is full of charm from the land of the rising sun. Want more proof? 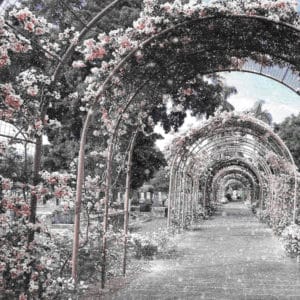 There is a beautiful arched walkway there adorned with what we like to imagine is the winter sakura or fuyuzakura that blossoms in fall and continues through to winter. Except for the colour, it’s really no cherry blossoms but our tropical bougainvillea. But hey, the point here is that Singapore can be beautiful too! 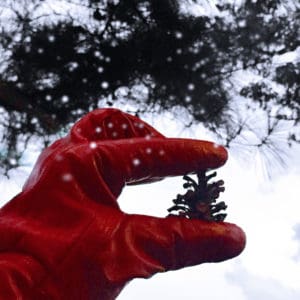 At this other magical place, we imagine we are in the alps with the help of pine cones which we picked from the ground. Yes, we picked pine cones in the park (Now say it three times faster, we dare you). And there is only one park south of Singapore that has pine cones (keeping our fingers crossed). These babies were hard to find but it was a whole of fun and in our opinion, truly worth it. 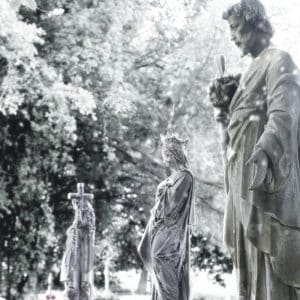 Dreaming of a white Christmas? Here’s one taken from one of the memorial gardens in Singapore. A very quiet park, it features beautiful statues and even has a large stone chessboard on the ground in the park. This place is really a respite from city life. Except for the mosquitoes which we really don’t appreciate, a walk through this park takes you less than 10 minutes. We recommend going there before Singapore’s first eco-town is completed and bring mosquito repellent.

Want to turn your pictures into a snowy, wintery one too? Here’s one that is easy to follow:

Answers to these Winter Wonderland in Singapore Locations

Allure of the Wintery Far East: The Japanese Cemetery Park is the largest Japanese cemetery in Southeast Asia at 29,359 square metres, consisting of 910 tombstones that contain the remains of members of the Japanese community in Singapore, including young Japanese prostitutes, civilians, soldiers and convicted war criminals executed in Changi Prison. It was gazetted as a memorial park by the Singapore government in 1987.

Ski on Snow-capped Alps: Mount Faber was known as Telok Blangah Hill but was later renamed after Captain Charles Edward Faber of the Madras Engineers, the superintending engineer in the Straits and Governor Butterworth’s brother-in-law, who arrived in Singapore in September 1844. Faber cut through the thick undergrowth, allowing the road to the top of the hill to be built. The original winding road was referred to in the press at that time as a “stupidly narrow road”.

Romantic European Christmas: Bidarari Garden is a memorial garden on the site of Bidadari Cemetery (now defunct) which used to be the Istana residence of one of Johore Sultan Abubakar’s wives.[1] The word bidadari means “fairy” in Malay. Bidadari is depicted as kind fairies and genies that preside over the union of flowers. In the local context, the name is a reference to the beauty of the wife of Abu Bakar of Johor who had a house there.